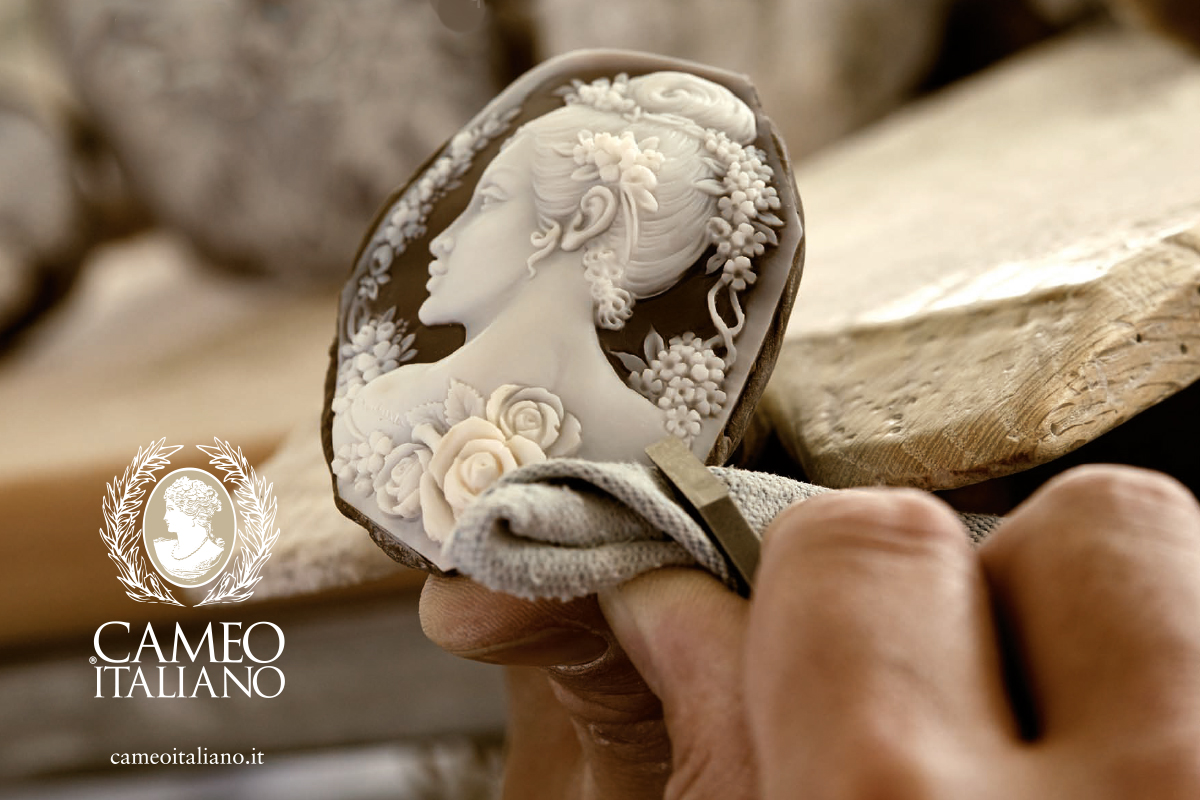 The cameo has an age-old story that reached its popularity peak in the Victorian Age as a gem for the most important jewels. Up until 210 years ago, cameos were only engraved on agate or hard stones until a sailor took some sea shells home to Torre del Greco from his travels in Africa and America.

Some master engravers from Torre decided that the shading on the shells was similar to that of carnelian and sardonyx agate and since then, cameos have also been engraved on sea shell, exclusively in Torre del Greco.

And the Di Luca family has been specializing in the production of shell cameos for 3 generations, engraved with an old cutting instrument, the burin.
A jewellery item that has been re-invented over time, thanks to the collaboration of several professional artists, for a brand that will be taking products to VicenzaOro that go beyond time and fashion. In Hall 1 - stand 100, the company will be presenting its latest ideas in hand-engraved cameos, amid historical collections, new engravings and models.

For example, the Charme collection with its smooth lines and modern incisions, and Carousel, an explosion of colours, reminiscent of the fantastic world of roundabouts, will have a new look.

Anne, a new collection dominated by a return to Vintage, and Sacred, a line of authentic jewels with style details that recall the religious theme, blending devotion with fashion.

On Sunday, 8th September, at 4.30 pm, Cameo Italiano will be organizing a live demonstration with a master engraver, providing a chance to see and admire how a hand-engraved shell cameo is born.