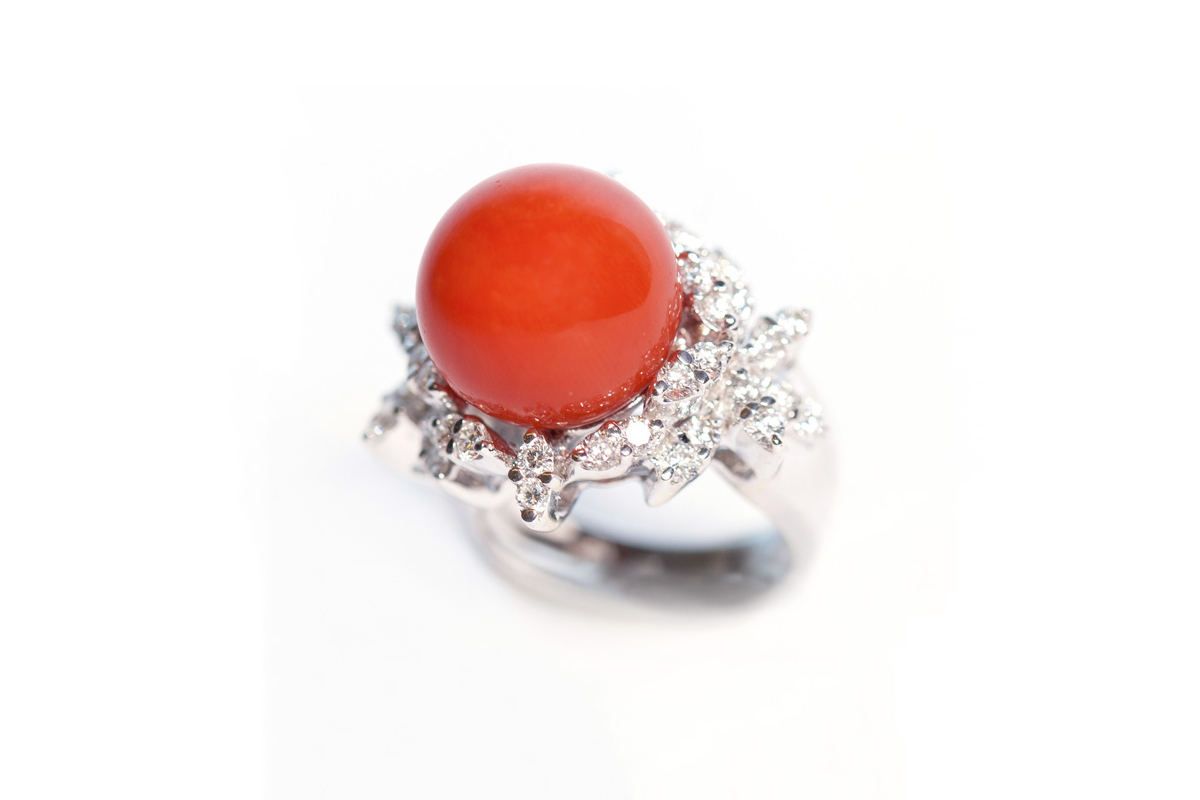 Coral Orafa Mediterranea has been operating in the jewellery sector since 1950 and is now an example of one of the most successful companies in the production and sale of corals and cameos. For the Formisano family, working with coral is an ancient tradition, protected yet, at the same time, new, which has led the brand to become one of Made in Italy's most well known among history and modernity.

Selecting the natural raw materials is a scrupulous job, one that sees corals from the Mediterranean and Eastern seas, Asian and Australian pearls, amber from the Baltic as well as lapis lazuli, agate and onyx playing the key roles.

The skill in creating jewellery with unique materials and cameos from shells that recall the ancient tradition of Torre del Greco burin engravers, has led Coral Orafa Mediterranea to create an exclusive place for itself in the international trade show panorama. Raffaele Formisano's company englobes the past, present and future of Italian manufacturing excellence, as its presence in the Creation section at VICENZAORO September 2018 amply proves.