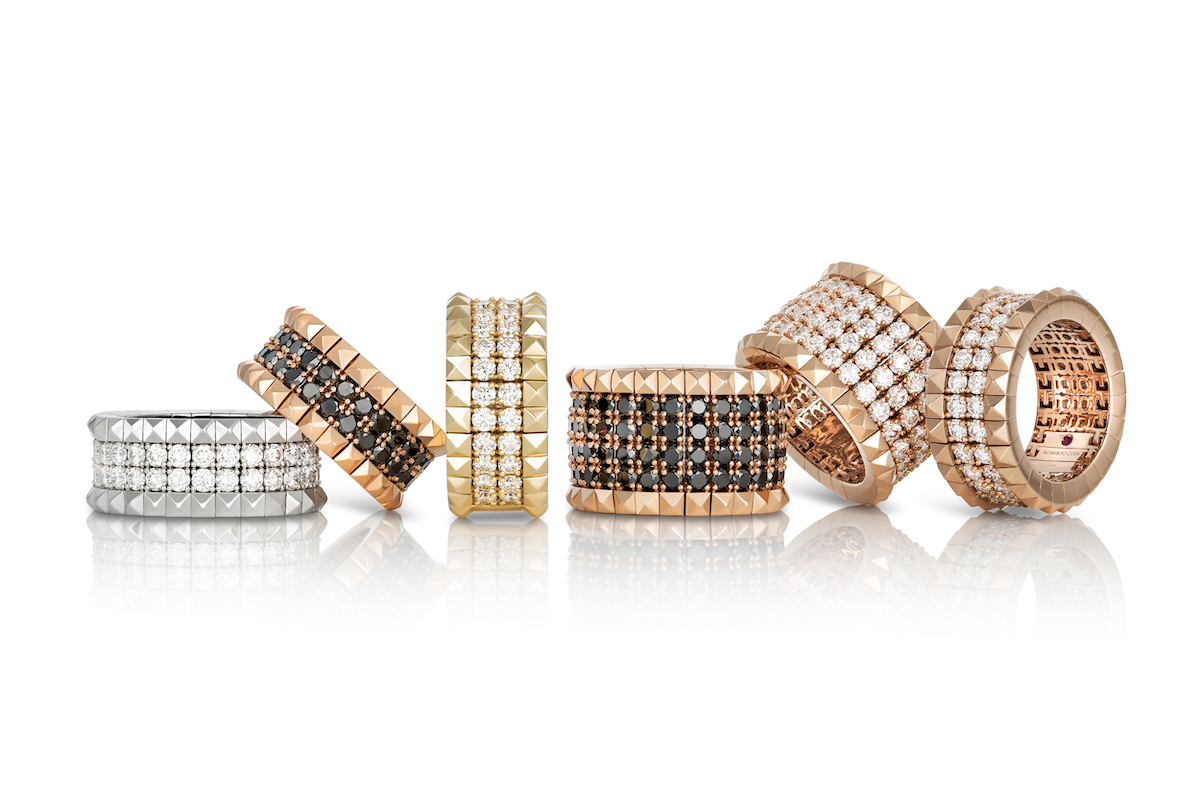 From the exemplary technique of the Barocco line by Roberto Coin, the Roman Barocco collection is born, inspired by the beauty of the city of Rome. Here the design of the jewels celebrates the architecture of the buildings that stand out on the Roman roads and is divided into two different looks: on one side there is a design with curved and sinuous lines inspired by the theatricality of Roman domes.

The second look of the line instead recalls the play of light typical of the Baroque era, reinterpreted with a clever use of diamonds embedded in a woven gold fabric. The woven golden thread, already a hallmark of all the other collections of the Baroque family, is also reconfirmed as a protagonist in Roman Barocco.

Here its use is taken to the extreme and its typical romantic and soft appearance clashes with the most severe forms of this collection, for a theatrical and dramatic effect like the one that characterizes the eternal city
Roberto Coin, at Vicenzaoro September 2019, will also bring the Rock & Diamonds Collection, a revolutionary and magnetic line that covers a multitude of studs with diamonds and gold to bring all the glam rock trends of the 90s to the fore. Femininity wants audacity and power, aware of not being able to resist only one thing: style.

Finally, here are the Princess Flower jewels in which the characteristic twisted thread processing returns and where the flower undresses the clothes of the usual decor and takes the place of the protagonist. And so every jewel becomes a powerful talisman for superhero hearts of elegance.