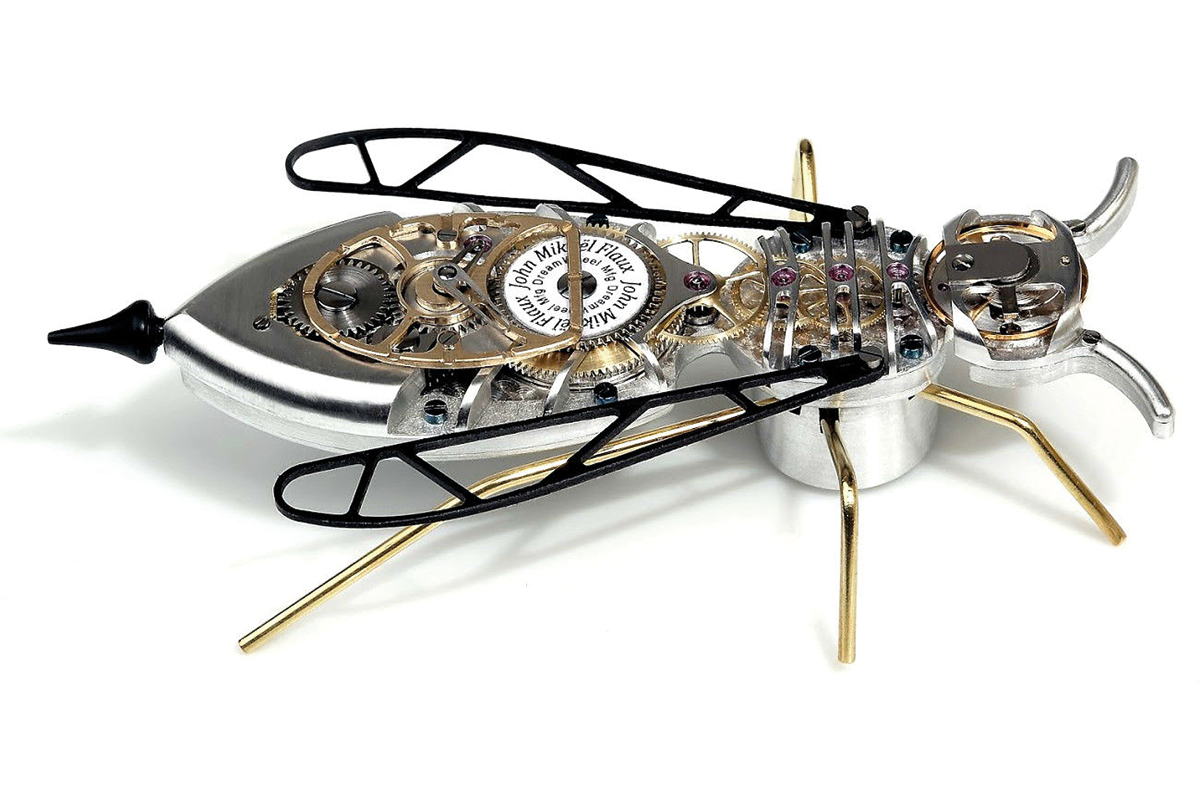 John-Mikaël Flaux is a young watchmaker specialized in the art of mechanics. Based in the French city of Besançon – a town known for French horology - he is a watchmaker candidate for the famous AHCI in Switzerland.

His speciality aims to reinterpret this sector by giving it a poetical and extravagant dimension: "The Guêpe" (with its wasp-shaped mechanism), Car Clock and Time Fury P18 (watches in the shape of racing cars) and the automatic “Duello” (fight between 2 mechanical swordsmen), for example.
Flaux graduated at the Edgard Faure School (the best French horology school) and came first in the national «Un des meilleurs apprentis de France» competition as the best apprentice.

In 2012, he was spotted by Swiss producer Ulysse-Nardin and became a watchmaker in the department of great complications. In 2014 he created "The Wasp", a mechanism in the shape of the insect and, since then, he has been the brand’s watchmaker-creator. He is also responsible for the "Super-Catamaran" table clock inspired by offshore regatta boats presented at Basel in 2016.
He left Ulysse-Nardin in 2017 to set up his own workshop in France and to officially become an independent watchmaker.