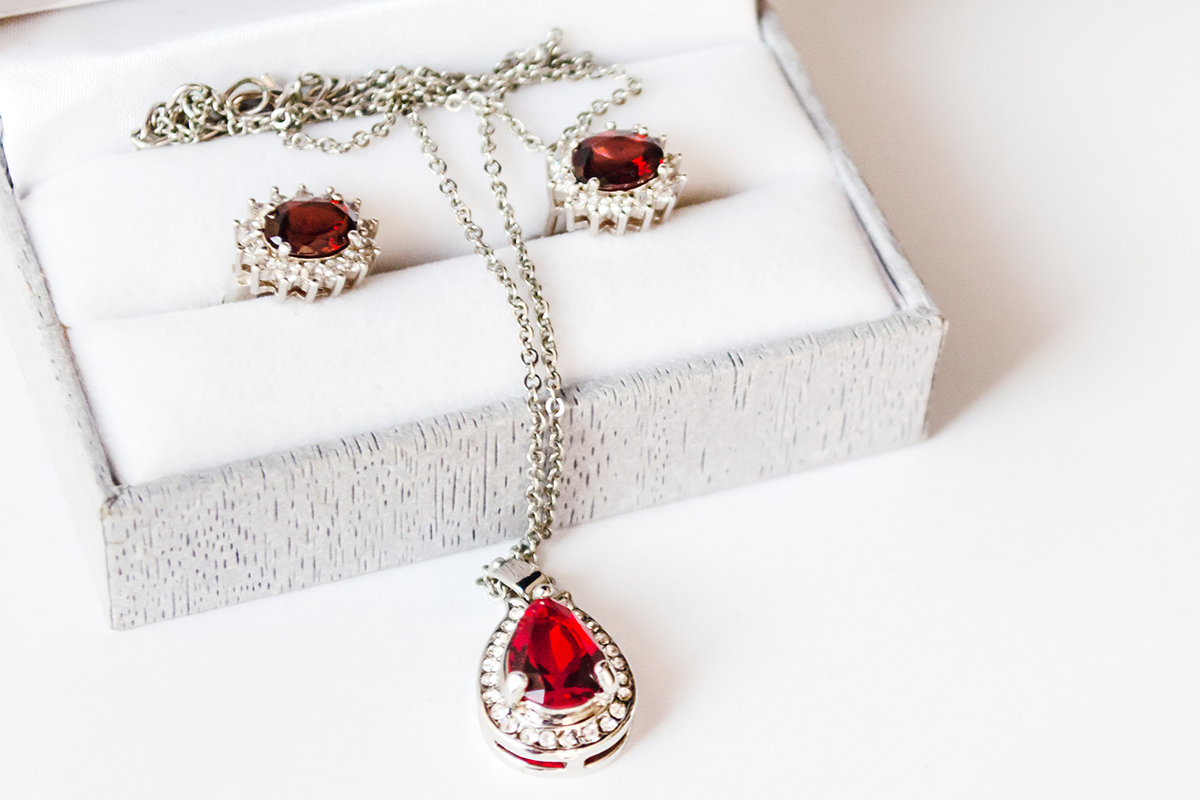 It’s a red corundum, simply, but it contains legends and benefits, love stories and ancient memories. And it makes the wearer dream.

The ruby is a rare stone, especially when large. Its color evokes energy, warmth, love and, above all, passion.

Like the sapphire, it’s the hardest stone after the diamond, but, despite this, expert jewelers are particularly cautious in its processing when cutting.

Inclusions occur, sometimes, due to the natural origin, and incredible optical effects: the ruby amazes if cut into a cabochon or a six-rayed star, and is famously considered a symbol of nobility and virtue. It is the stone of vitality and stimulates the first chakra by increasing vital energy and evoking enthusiasm, joy and freedom.

Among the favorite stones, together with diamonds, as an engagement ring, as received by the beautiful Eva Longoria from her Josè Antonio Baston.

According to legend, the ruby has ancient origins, linked to the blood of a demon, Bala, while for the Greeks it was called antrax - live charcoal, and it was believed that, if exposed to the sun, the ruby would turn into the color of hot coals, equaling the power of the sun. For the Nordic populations the precious stone is linked, for example, to the legend of the Ring of the Nibelungs, with Siegfried who defeated them with his own sword studded with red rubies.

The most important ruby deposits are found in Burma, Thailand, Sri Lanka and Tanzania. Thai rubies have a brownish or purple hue, while in Tanzania there are those with a color from purple to dark red.

The most expensive in the world? From Burma, it was sold 5 years ago in a Sotheby's auction for $ 30 million. And the largest cut-suitable ruby, 400 carats, was found in Myanmar and divided into three parts, while the Black Prince's Ruby on the English crown, the Timur Ruby set on a necklace of English crown jewels, and, always speaking of the rich collection of precious items of Queen Elizabeth, those that adorn her Burmese tiara, a diadem with 96 rubies donated by the Burmese people in 1947 on the occasion of the wedding with Prince Phillip.