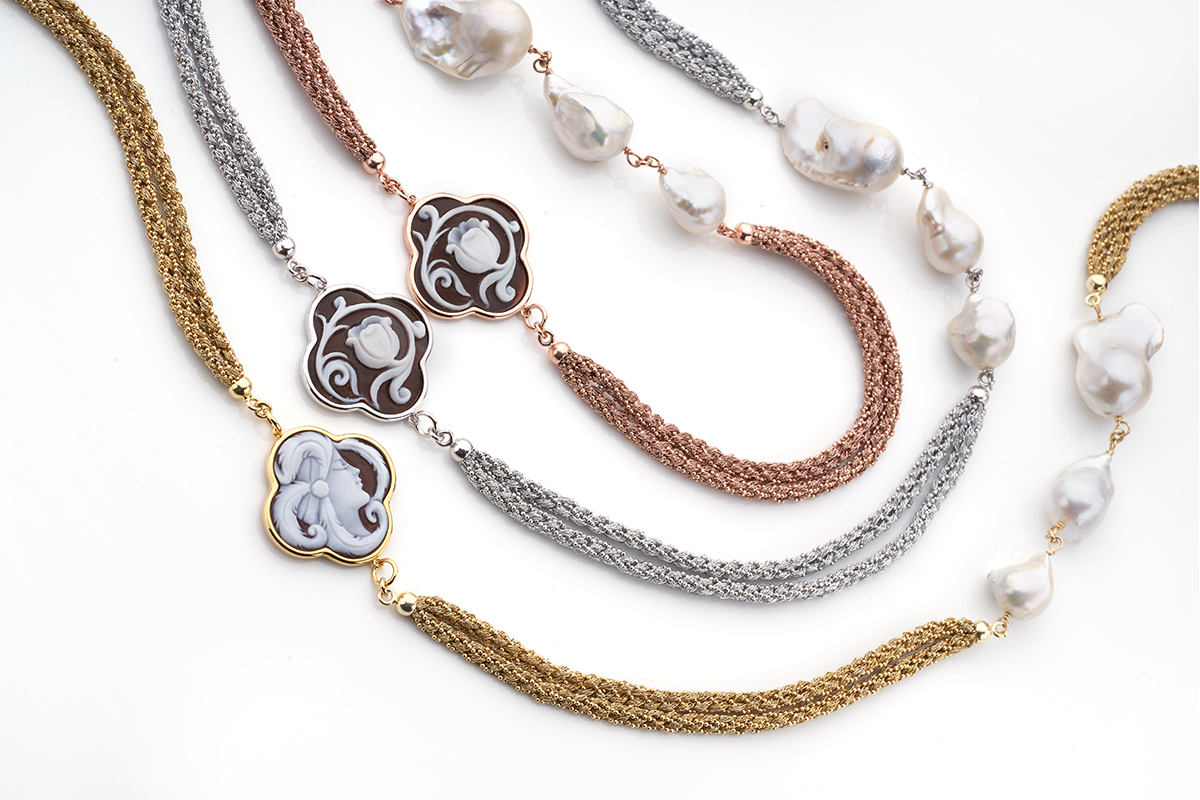 Cameo Italiano was founded with the aim of taking the cameo out of its usual comfort zone by placing the tradition of old techniques at the service of innovation. An affordable luxury characterized by rigorous attention to the choice of materials and manufacturing with over 50 years’ experience in hand-crafting corals and cameos.

Meticulous care to design and stylistic research, attention to every detail and particular, have always been part of the artistic alphabet of this Torre del Greco company which, since 1957, has been making silent poetry with shell cameos, the pride and joy of Italian craftsmanship.
"After attaining enormous satisfaction on the Italian market, CAMEO ITALIANO now aims to increase the number of sales points in Europe, Asia and the USA,” says Gino di Luca, President of Cameo Italiano.