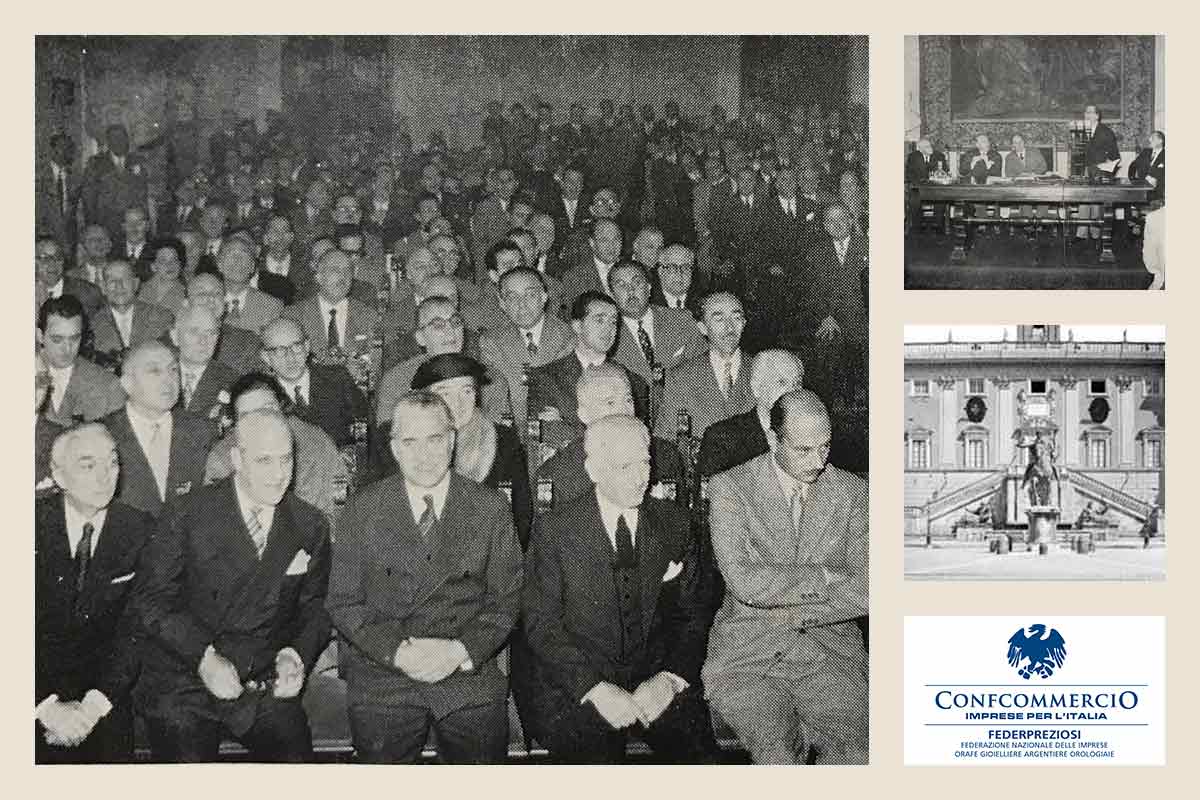 A work in the sign of continuity and that today continues with 54 territorial associations. It is the story of Federpreziosi, a reality that originated around 7/9 November 1953. It all started with a notarial document, carefully preserved in the archives, which states that in the year "one thousand nine hundred and forty five [...] the National Federation of Goldsmiths, Jewelers, Silversmiths, Watchmakers and Affinities of Italy" is constituted."

Eight years later, 25 Associations operating throughout Italy and representing 14 categories, decided they would become the Italian Confederation of Goldsmiths, Jewelers, Silversmiths, Watchmakers and Affinity CONFEDORAFI and that the national categories assumed the role of "National Federations".

Starting from the late 1960s, the Federation, which became Federdettaglianti, found itself having to face numerous and complex problems in the sector, but initiatives were carried out in the international field, such as the expansion on a worldwide membership basis - together with other 9 national organizations - of CIBJO (Confédération Internationale de la Bijouterie, Joaillerie, Orfèvrerie des Diamants, Perles et Pierres, now the World Jewelery Confederation).

Since the end of the 1960s, the Confederation suffered from economic and financial difficulties until the 1990s. While the "Made in Italy" goldsmithing production maintained its undisputed leadership on the foreign markets, the economic situation of the country induced families to reconsider consumption.
In 2012 Federdettaglianti gave voice to the different types of companies and professional figures active in the goldsmithing sector, thus constituting Federpreziosi, expanded in the number and type of member categories.

The National Federation of Gold, Jewellery, Companies, Silversmiths and Watchmakers - Confcommercio Enterprises for Italy provides for the presence of wholesale distributors, manufacturers, artisans, representatives and traders.

The Federation has been able to grow and act in a perspective of concrete cohesion and with great confidence in the future challenges: 65 years of territorial representations gathered in one big team.