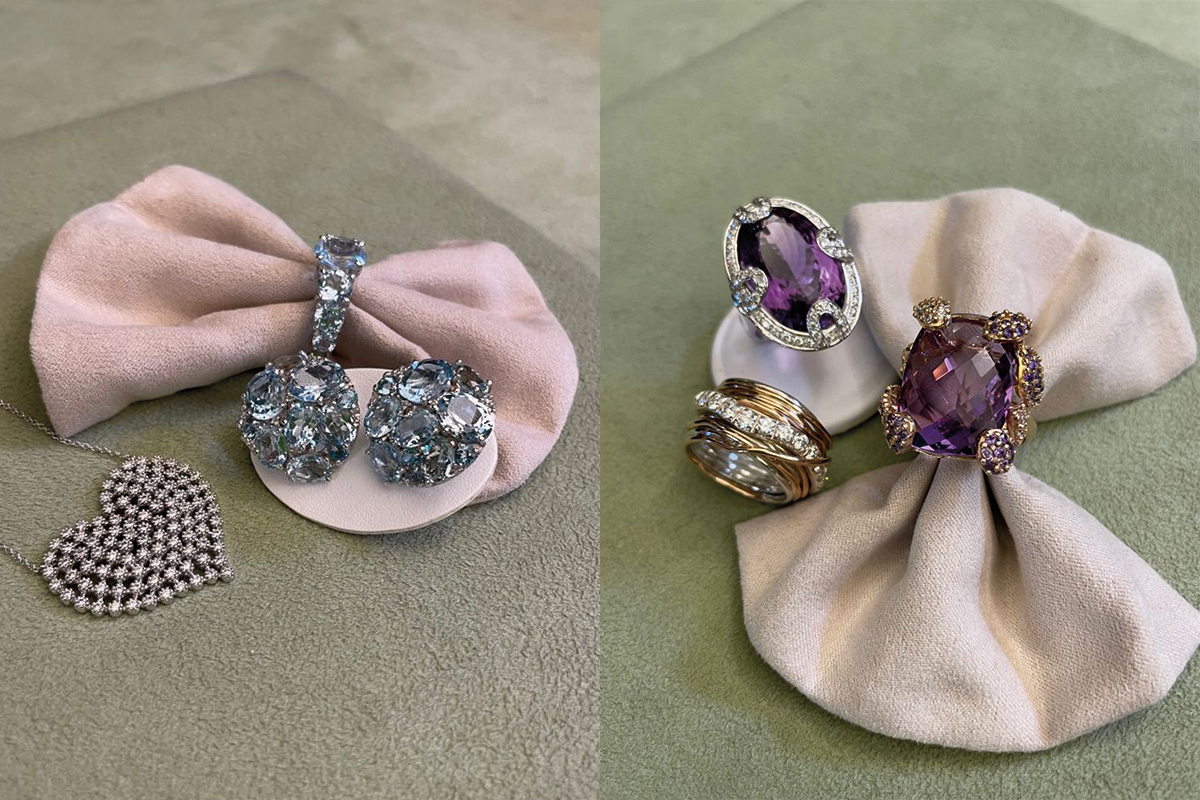 Since 1866. The enviable longevity of the historical jewelers in Gallarate is the result of a family’s enormous passion for a profession that has changed its appearance numerous times in recent years. VO + Magazine met Piera Moglia, owner of the elegant boutique in via dei Mercanti 1, to understand where the market is heading, especially in terms of offline sales.

«We are on the Lombardy’s list of Historical Shops and for at least four generations, we have been an authentic reference point for a sophisticated clientele who aspire to owning a unique, custom-designed jewel. And we were already doing this way back, long before “tailor made” became a leit motif for the market. In the 1950s, my husband Antonio, an expert diamond dealer, had already realized that, in order to stand out, we would have to offer something of our own that would reflect both the customer's requests and still respect the quality of the stones and manufacturing, something that we could only guarantee by selecting the best gems ourselves and doing every single step in-house.

Since then, the jewels that leave here have carried the Moglia brand and become the driving force of all the other sectors, which, however, have evolved considerably in recent decades.

Let's start, for example, with silverware for the home: for about ten years now, changing furnishing trends have meant that objects like tureens, centerpieces and trays, now considered useless and unsuitable for today’s fashionable minimal chic style, have almost totally disappeared.

The only items left in this sector are silver frames, which we still decisively propose with a selection of about one hundred, under the Argenterie Giovanni Raspini brand, a historic company in the Arezzo area, known for the quality of its workmanship and the creative originality of its jewels.

Speaking instead of watches, the substantial difference is that the medium-low price range has completely disappeared: you only find pret-à-porter watches and top of the range, without medium range. For some time now, and for a very specific reason, we have only been keeping Locman, with us since its foundation in the 1980s, and for a very specific reason: it is the only "fashion" watch produced in Italy, on the Island of Elba to be precise, and it has such a strong character that it seems to suit the public in general, from the young and fashionable to the more “mature” who are looking for a smart watch to wear every day.

Technological watches, which have won over a large portion of the public, have stolen the show, even on those so-called "special occasions", such as confirmations, anniversaries etc.... A similar phenomenon has also partly involved jewelry since grandmothers and uncles, who traditionally always bought their grandchildren jewelry, are now influenced by their grandchildren’s requests for iPads or other technological devices instead.

As for jewelry itself, it must be said that it takes much more effort to acquire a new customer these days than in the past. This obviously has to do with the market being more saturated with highly-diverse proposals and we shopkeepers must necessarily make some choices upstream, but it is also because our homes are now full of objects that can be handed down from generation to generation. On our part, this implies having a sensitivity that allows us to identify products that can satisfy the specific tastes and needs of a well-defined target.

An example? Many of our long-standing customers own valuable and prominent jewels, often made by us, but that may be excessive for everyday use, or may pose a personal safety problem.

Moreover, the occasions for wearing them are fewer and different and this has triggered an increase in requests for jewels that are flashy in size but not in "content".

Now we are selling a lot of large, silver-plated chains, in particular the collections of the Unoaerre brand, another leader of Made in Italy, and of Giampiero Fiorini, while in the past years this would have been unthinkable, especially on the neck of a certain type of ladies. No real "lady" would wear a piece of jewelry that could be classified as plated. Now, however, it is fashionable and this no longer creates a “scandal”, on the contrary.

The fact remains that there are evergreen pieces that become real passpartout, such as the rings with important stones, and the “tennis” diamond bracelet, a bit of a second skin to combine with something less demanding in terms of carats and preciousness but that dresses and gives character, just like the necklaces and earrings in gilded silver.
Among the fashion brands, we have selected those most appealing to the new generations, such as Rue des Mille and Valentina Ferragni, again silver plated.

Our commitment is therefore always to propose the best choice on the market in that specific segment and keep up with the times. We will therefore inaugurate 2022 by opening the doors to a newly designed version of our historic boutique, while from next September, we will be launching our new, more dynamic and fresh website that will interact with Gioielleria Moglia's social channels».