Van Cleef & Arpels: 50 years in the name of Alhambra 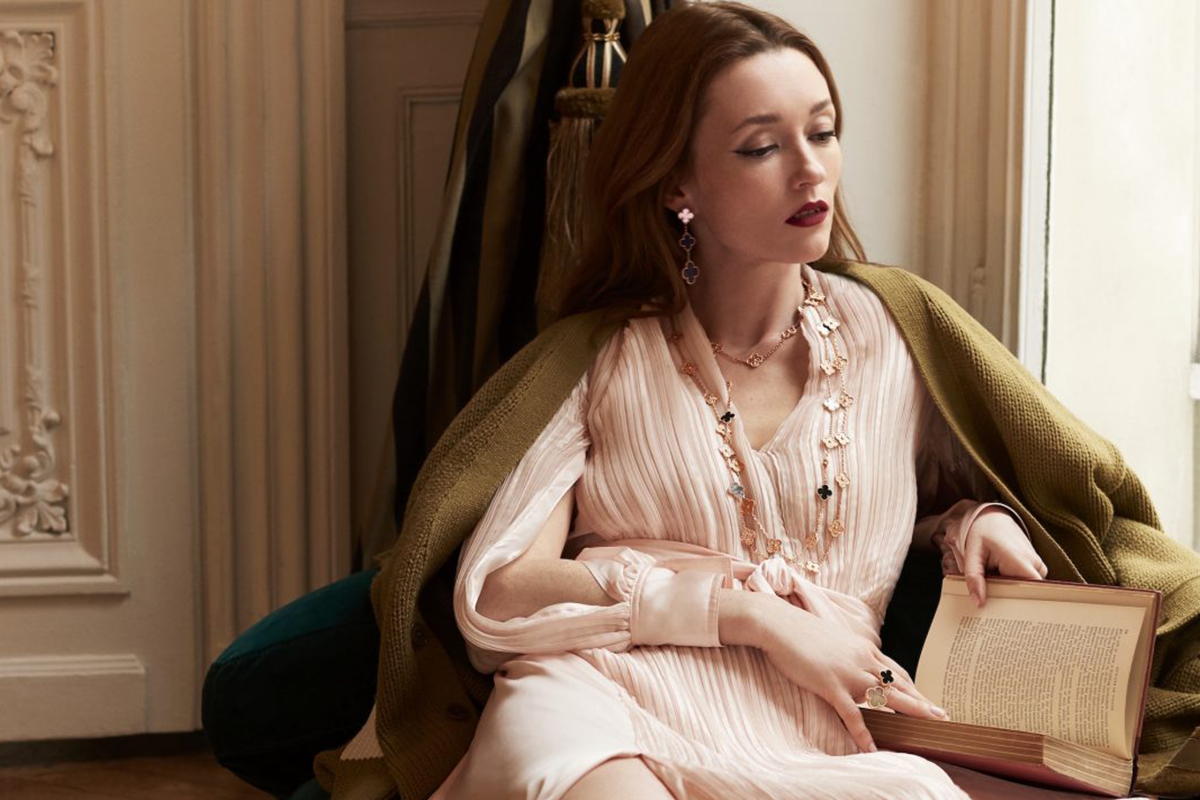 To commemorate the 50th anniversary of the Alhambra motif, the Maison pays tribute to the beauty of the stones that have embellished the collection throughout its history.

Like blue agate, which appeared for the first time in the 1989 collection and which is back in fashion in a vintage Alhambra necklace and bracelet. Selected according to the company’s standards of excellence, this variety of stone has been chosen in its most uniform and deep shades and, accompanied by yellow gold, recalls that harmonious encounter between sweetness and splendour that the magic light of dusk evokes.

Moreover, Van Cleef & Arpels has introduced guillochage, a special technique traditionally used in watches and precious items, into the Alhambra collection for the first time. Since 1910, this engraving technique has decorated watch dials and, in the 1930s, it was extended to particular items of jewellery to prove the link between gems and precious metals.

The Maison has now taken inspiration from a game of sparkling lines to irradiate the mirror-polished yellow gold with light and according to the guillochage technique. The depth of the stripes and their arrangement into sunbeams give the surface slight relief so that the rays of light are distributed with particular intensity. Thanks to this decoration, the motif catches the eye with special iridescent and warm colours.
The original aesthetics of the collection are also decorated with a central, spherical and shiny gold pearl.

And once again, yellow gold, malachite, lapis lazuli, onyx, coral, tiger’s eye, turquoise, white and grey mother-of-pearl, carnelian, diamond, blue agate, rock crystal: these are the materials that, over the years, have embellished the Alhambra creations and have always accompanied the elegance of the women who have worn these items over the years, including Romy Schneider and Princess Grace of Monaco.