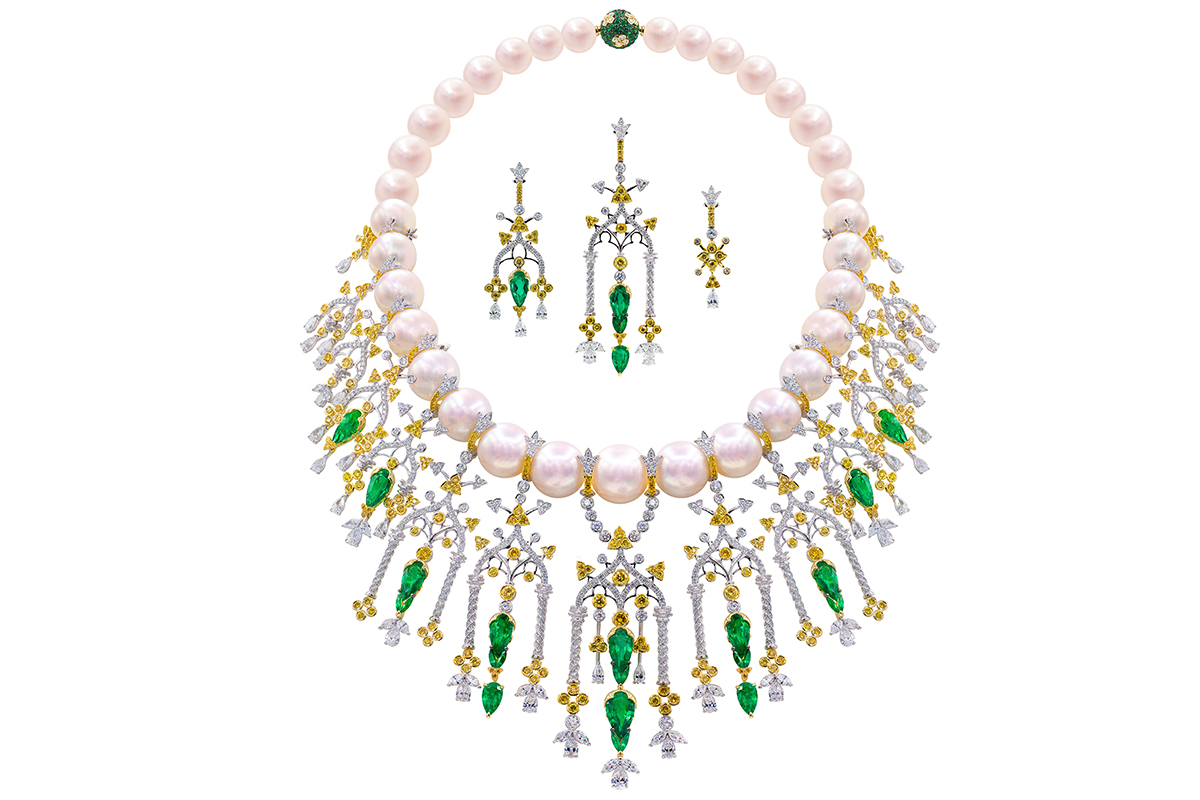 A burning desire for creative expression and jewellery resulting from a constant dialogue between innovation and craftsmanship. Among the main players in the Design Room at VICENZAORO September 2018, Alessio Boschi will be bringing the fascination of colours, curved lines and intricate details in glamorous jewellery that takes advantage of three-dimensionality to produce creations inspired by Roman Baroque. Sparkling gems, multi-functionality, reflections and hidden joints for collections suitable for different occasions, in an extraordinary and unconventional journey.

A variety of collections are presented each year in a multitude of variations both in the limited editions, consisting of one to ten pieces, and the single creations, as well as a few additional lines and smaller collections with different market brackets and prices. Starting from “Historica”, with echoes of a luxurious past amid history and intriguing European characters, the fascinating East and glorious empires. This line includes “Breakfast in Jaipur”, inspired by the elegance portrayed in "Breakfast at Tiffany's", the film starring the magnificent Audrey Hepburn, who embodied the femininity and style of the 1960s. The classic volumes of the curves and the rare precious stones in contrasting colours are reminiscent of the actress's elegance and grace.

And then there is “The dance of the peacocks", a colourful and intricate line amid gems and enormous Persian influence that takes its name from the traditional Asian dance which mimics the courting movements of peacocks. Next come the “Naturalia” collection which focuses on the beauty of many natural species found in flora and fauna, followed by “Thalassa”, inspired by the uncontaminated waters of the Pacific Ocean with jewellery that seems to have been brought in by the tides, “Surprise me” with its tiny jewelled gift boxes designed in three different shapes and "Crowns and Byzantine", a cheerful collection of rings, creoles and earrings featuring long chains and Australian, Tahitian or Golden South Sea pearl pendants.

Alessio Boschi will also be presenting the "The Ancient Journey" collection with jewellery generated from acquiring unique items, skilfully selected for their workmanship and rarity from antique dealers and private, specialized Roman collectors. The line offers nineteenth-century, micro mosaics of the highest quality and manufacture, cameos by great master engravers at the Saulini studio in Rome, extremely popular in the capital with the artistic and intellectual circle of that period, and Vesuvian lava stone engraved by the Neapolitan school in the late 1800s.

Last but not least is “Dandy”, which evokes the figures of those creative, illuminated and sophisticated gentlemen described by Lord Beau Brummell, that extraordinary character from the Romantic Age. This collection includes original antique elements or items of art also inspired by the past. Among these are: two bow ties dotted with cut diamonds in black jade and ebony; a micro-mosaic inspired by Pompeii on the case of a valuable white and black diamond watch-jewel, presented in an original Art Deco box made of walnut root and restored bronze; two belts - one depicting the "The Mouth of Truth" framed by Cosmatesque and classic architectonic elements, and the other, which, thanks to a rotating element hidden within, shows the two faces of Janus, the ancient Roman god of transition. All produced through a fervent collaboration with Roberto Grieco, the great artist and mosaicist.

Discover all the designers of The Design Room