Sapphires and history: the new jewels of The Queen 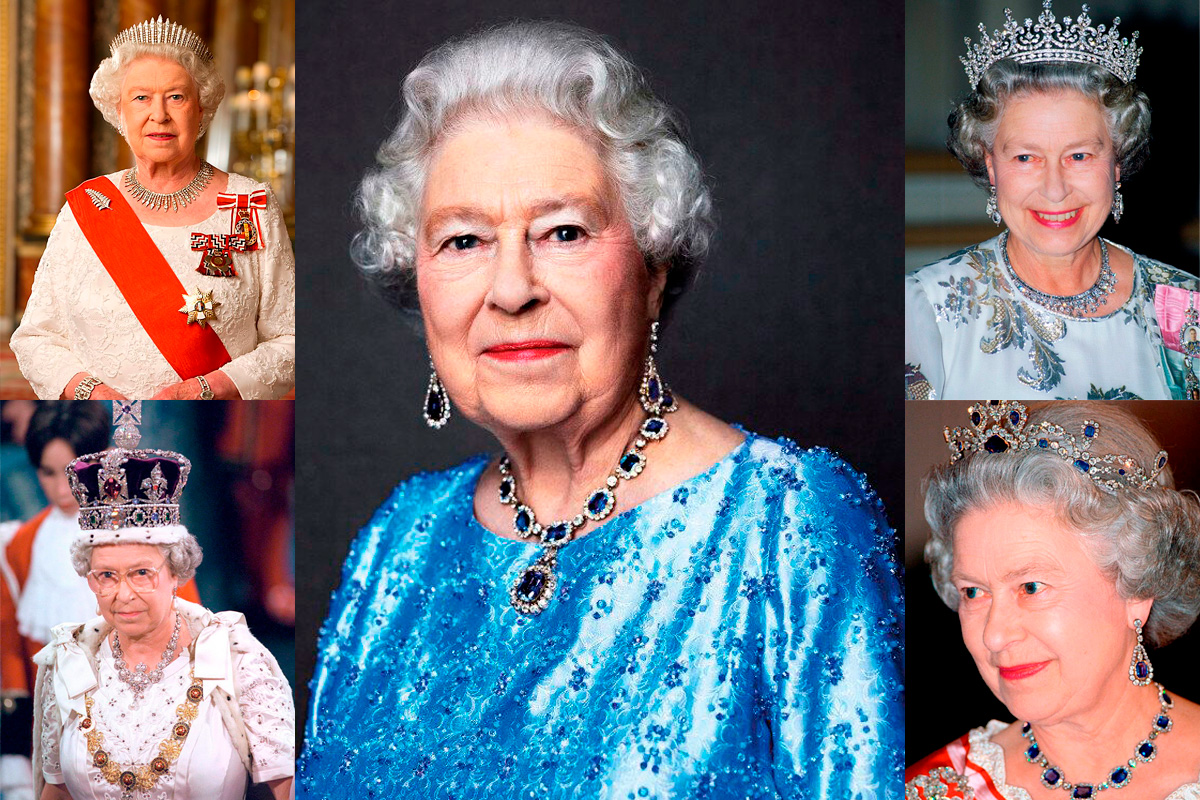 A new portrait of Queen Elizabeth II was recently unveiled on Instagram wearing extraordinary royal jewels, in particular a set of sapphires and diamonds. The earrings and the necklace are in perfect "Victorian" style: made in 1850, they were given to her by her father King George VI for her marriage to Philip Mountbatten in 1947.

The necklace has the particularity of the stones joined together by small diamonds, while the earrings form an elongated drop that preserves a wonderful central sapphire inside.
The choice of this stone was made by King George VI, also on behalf of the very noble Order of the Garter, established by Edward III in 1347 and given to the most illustrious English citizens. As evidence of this, even today the emblem shows a deep blue band.

On The Queen’s head, a tiara with precious sapphires that belonged to the Royal Family of Belgium. The story goes that Princess Louise, daughter of King Leopold II, after her unhappy marriage to Prince Philippe of Saxe-Coburg Kohary, divorced in 1906 and was forced to sell her treasure. The sapphires are bought by Elizabeth II who used them to complete the set given by her father, commissioning, in 1963, the jeweler Garrard a bracelet and a tiara, then worn in the photographic portrait signed by Chris Jackson.