Coronet: when luxury is a Guinness record 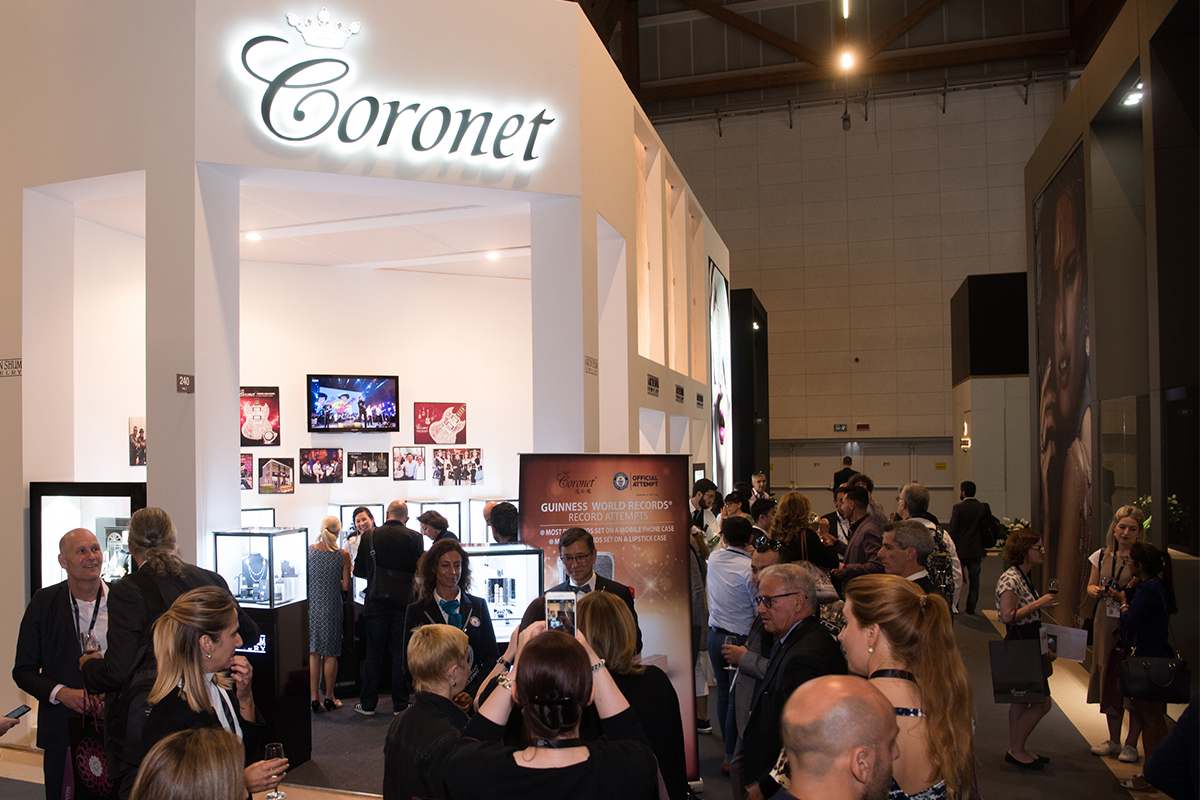 During VICENZAORO September 2018, Coronet®, the famous high-jewellery company, obtained the GUINNESS WORLD RECORDS™ titles for its unique items studded with diamonds to embellish a mobile phone case and a lipstick holder.

Indeed, 6,576 natural diamonds to a total of 16.95 carats were used to decorate the smartphone case, while the lipstick holder was adorned with 2,216 diamonds (18.6 carats) with the upper part being a patented Coronet® element comprising seven natural diamonds holding up the central one amid precision cuts, symmetry and perfect proportions to give a shine effect of exceptional competitive value.

Presented during the Show, Coronet® ‘s original and astounding creations were described by Aaron Shum, founder of the brand and President of Aaron Shum Jewelry Limited, as: "Two new GUINNESS WORLD RECORDS™ obtained through our incredible diamond creations! This is the key to our success.”

In fact, the brand is not new to receiving recognitions of this type: in March 2018, it established the record for a precious handbag studded with 9,888 natural diamonds weighing in at 120 carats, in 2016, it achieved the record for the shiniest guitar in the world with a Fender American Deluxe Jazz Bass sporting 16,033 Swarovski crystals, while the year before that, it had embellished a Gibson with 400 carats of diamonds on 1.6 kg of 18kt gold worth 2 million dollars.